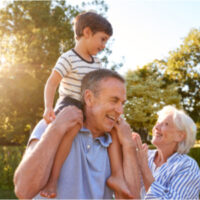 In the ideal world, grandparents would have close and continuing contact with their grandchildren. Unfortunately, this is not the reality for many grandparents. Sometimes there are legitimate reasons why a parent will cut off contact, whereas other disputes can be resolved if both sides are committed.

Under Pennsylvania law, grandparents have a right to visitation under only limited circumstances. Generally, the nuclear family unit must be broken, e.g., the parents have divorced or split up, or the grandparent’s child has died. When the grandchild has lived with grandparents for 12 straight months, then they can seek visitation as well. Nevertheless, visitation must also be in the child’s best interests, and a judge won’t order it unless convinced of this fact. Contact a Media family law attorney to discuss your case.

Often, financial disputes spill over into other areas of life, including access to grandchildren. For example, a grandparent might give money to their child, who has trouble paying it back. Consequently, the parent might cut off contact with the grandparent to reduce the stress of having to repay the loan. This is unfair to the grandchild, but the parents have the right to decide who their children see and don’t see.

In other situations, a child threatens to cut off access unless the grandparents support them. This is a form of blackmail. Sometimes, children are struggling with drug or alcohol addictions, which is why they need the financial support. If grandparents will not (or cannot) pay, then the parent might make good on denying access.

Financial disputes are difficult to resolve. If a grandparent needs to go to court to get a loan repaid, then that adds to the tension. However, if the parent has an addiction, then treatment should be a primary concern.

Some grandparents are meddlesome, and their children might cut off contact due to the stress. For example, grandparents can:

All of this behavior is intrusive. Sometimes, grandparents are truly unaware that they are undermining the parents’ authority. For example, the parents might raise children differently than how the grandparents believe children should be raised.

These types of disputes can often be resolved if each side is committed to changing them. Grandparents should realize that they are not the parents and should defer to different parenting styles unless they reasonably believe their grandchildren are in danger.

It’s a simple fact that sometimes people don’t get along with the man or woman that their child has married. Unfortunately, these disputes can also involve the grandchildren, especially when parents and grandparents live apart from each other.

Grandparents face many hurdles to seeing their grandchildren, especially when the parents are united against visitation. Barbara Flum Stein & Associates has represented several grandparents in custody disputes, so please contact our Media family lawyers to learn more.