What Happens If a Spouse Dies Before a Divorce Is Finalized? 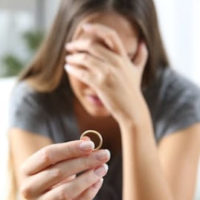 Even if a divorce goes exactly as planned, it is a complicated process prone to foster obstacles which prevent a smooth resolution. If significant issues come up for either spouse, however, an already complex process will quickly become harder to complete. One never knows when a major life event could strike, including in the middle of a divorce case, and the loss of a job, major illness, accident, or death would all drastically impact the outcome. With a substantial portion of the population aging, and the rise in rates of divorce among those over 55, the issue of the death of a spouse while the case is still pending is becoming more than the extremely rare occurrence it once was. Litigation generally, and divorce is not different in this respect, is based upon the participation of all the parties until the case is concluded. The death of a spouse is a major issue that can greatly affect the settlement granted to the surviving spouse and his/her ability to complete the divorce. The hinging point that determines whether a case will be transferred to the probate court, or remain with the family court judge, is if grounds for divorce were established before the death occurred. A discussion of what the grounds for divorce are in Pennsylvania, how to establish them, and the consequences of a death for the continuation of the divorce case, will follow below.

Pennsylvania recognizes fault-based divorce for the following types of misconduct:

Evidence of the alleged misconduct will have to be produced, and this approach often leads to extensive litigation. However, one upside is that the court is allowed to use this conduct in its analysis of whether to award alimony, though it is not applicable in property division.

The other two options are no-fault-based and differ only by whether the consent of both spouses is present. If one spouse withholds consent, a two-year separation is a prerequisite to suing for divorce, usually established by filing an affidavit asserting the couple has lived apart for at least this long.

Consequences of a Spouse’s Death

Historically, the death of a spouse immediately stopped the process of a divorce case, and removed the family court’s authority to make any binding decisions, regardless of how far into the case the couple may have been. Instead, the divorce was treated as if it never happened, and the spouse’s estate was distributed according to the rules of probate, meaning the surviving spouse is entitled a sizeable amount of the deceased’s estate. However, after a change in the law to make the resolution of this situation more fair, if grounds for divorce are established, the family court continues to handle the division of property, which would result in an equitable division of assets, with the portion allocated to the deceased spouse going to his/her heirs. These unusual circumstances are highly complex, and an experienced divorce attorney should be consulted about the best way to proceed.

Speak with a Pennsylvania Divorce Attorney

Divorce can be unpredictable, and with the high stakes in the outcome, you do not want too much uncertainty. Working with an experienced divorce attorney can remove a lot of doubt and variability in divorce, and the dedicated attorneys at Barbara Flum Stein & Associates understand what needs to be done to obtain a fair and appropriate outcome. Contact a Media divorce attorney at (610) 565-6100 to schedule an appointment.

“Grey” Divorce Is on the Rise. And It’s Changing the American Family