The Award of Alimony in a Pennsylvania Divorce 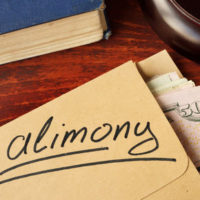 When a marriage breaks down and there is a significant income gap between the spouses, the question of alimony tends to come up. Alimony is a sum of money that is paid by one spouse to the other for maintenance purposes. It can be paid as a monthly sum, as a lump sum, or as a combination of the two. Some spouses may assume that alimony is awarded in every situation; however, this is not the case. There are many factors that go into whether or not a spouse gets alimony after a divorce, and into how much money is awarded.

In Pennsylvania like in most other states, there are statutory factors that a court has to consider when deciding whether to award alimony to a spouse. The spouse has to first request alimony to be awarded by the court as part of the divorce. Spouses can also negotiate and enter into an agreement as part of the divorce that allows one spouse to be paid alimony for a period of time. Once the spouses have an agreement on alimony, the court enters making the agreement enforceable and a final order of the court.

There is no set length of marriage that triggers an automatic grant of alimony in Pennsylvania. The length of the marriage is simply one factor that the court considers in determining whether to award alimony. Other important factors that a court considers include the earning capacities of the couple, the education, the health and mental condition of the couple, the contribution of a spouse as a homemaker, and the assets and liabilities of the couple. The court can also consider the marital misconduct of a spouse in determining whether to award alimony or not. This can include unfaithfulness but also domestic abuse by one spouse against another.

A spouse can seek modification of an order for alimony if there are changed circumstances between the spouses. If the spouse receiving alimony gets remarried, this terminates alimony that was previously ordered.

Currently, a spouse who is ordered to pay alimony is allowed to deduct the payments from his income for federal tax purposes, thereby lowering his taxable income. The spouse who receives the income claims it as income and pays taxes on it. Under the new tax law that was recently signed into law, the way alimony payments are taxed will be changed. The spouse who is ordered to pay alimony will no longer be able to deduct his payments, and the spouse receiving the alimony will not have to pay taxes on that income. These changes will go into effect for divorces entered into after December 31, 2018.

Alimony payments can be extremely helpful to spouses who have little to no income get financially stable after a divorce. However, it can also be a financial strain on the spouse who is ordered to pay it. To find out more about how to request alimony or fight the grant of alimony in your Pennsylvania divorce, get advice and representation from an experienced Media spousal support lawyer. Contact Barbara Flum Stein & Associates for a consultation today.