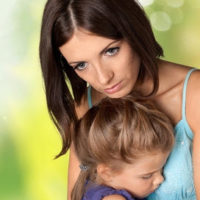 A court may be reluctant to make a determination that a child should be following one religion instead of another. Therefore, resolving the issue of which parent’s religion a child will follow after divorce is often best handled by the parents’ agreement. If one parent cares more about which faith the children follow than the other, for instance if the faith is connected deeply to the parent’s cultural background, the other parent may be willing to let the children participate solely in that religion as part of their upbringing.

Parenting plans can be detailed as to the level of involvement the child will have in a particular religion. If one parent has reservations about some aspects of the other parent’s religion, he can ask that the child’s participation in those aspects of the religion be limited.

Any agreements the parents make regarding a child’s religious upbringing should be memorialized in a parenting plan. Parents may agree to certain things while they are getting along and seek to change their minds if their relationship deteriorates. This is why it is both important to have the agreement put in writing, and to have an attorney present for the negotiations to ensure that any terms the parents agree to are legally enforceable.

The usual standard that applies in all child custody cases may be applied to remove a child from a religion that may be causing the child emotional, physical, or psychological harm. If there is cause to believe that a parent is failing to properly care for his child based on his religious beliefs, the other parent may ask the court to intervene and either change the custody arrangement or order the parent to provide for the child.

If you have questions about how a divorce will affect your ability to raise your child in accordance with your religious faith, or if you have other child custody related questions, you should contact an experienced child custody attorney. Contact us at Barbara Flum Stein & Associates, serving Delaware County, Pennsylvania in all family law matters to schedule a consultation.