Immigration Considerations When Filing For Divorce 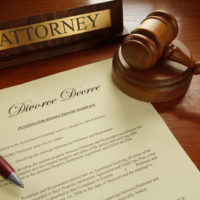 Thinking about divorce can be difficult for some people, even when there are no immigration issues to be considered. Spouses who are in difficult marriages can struggle with the decision to file for divorce if they have a pending application to immigrate to the United States. A spouse who has a pending application for permanent residency or for citizenship may have a fear that a divorce would negatively interfere with the application.

A divorce can take months or even years to be completed and a final order entered by the court. At a minimum, a Pennsylvania divorce can last three months. The spouses are not required to stay in Pennsylvania after the initial divorce petition is filed. However, moving away can make going to trial and otherwise handling the divorce more difficult. If the divorce is uncontested and there are no child related issues, then a spouse may choose to move with fewer consequences.

Contact Us to Speak to a Family Law Attorney

Immigration issues, even in the context of a divorce are best discussed with an experienced immigration attorney. For specific issues regarding the divorce, issues of child custody and support, and property division, it is important to speak to an experienced family law attorney. For more information on filing for divorce and the process itself, contact an experienced divorce attorney at the Media, Pennsylvania law firm Barbara Flum Stein & Associates serving Delaware County in all family law matters.