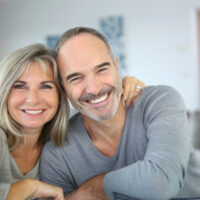 Pennsylvania recognizes that marriage is an economic partnership, and it uses an equitable distribution scheme to divide marital assets upon divorce. However, problems often arise when dividing property, typically because one spouse claims that an asset is his or her separate property. Separate property is not divided; instead, each spouse can leave the marriage with his or her separate assets.

A key source of confusion exists regarding gifts, which in many cases can be considered separate. If you have a question about the division of marital assets, contact Barbara Flum Stein & Associates today.

Any asset obtained while married is marital unless it is separate, so it is helpful to consider the categories of separate property under Pennsylvania law, 23 Pa.C.S. §3501:

As you can see, gifts qualify as “separate” property. But there is a key limitation: the gift must have been received from someone other than your spouse. The gift also must have been given to you individually, not along with your spouse.

Under our law, gifts between spouses are considered marital. As an example: a husband makes a gift of an expensive piece of jewelry to his wife. The jewels are marital, even if they were given to the wife with the intent for her to keep them. The same is true of any asset, including vehicles, real estate, football tickets, even cash.

How to Classify Gifts as Separate Property

There is a way under Pennsylvania law for spouses to make sure that gifts they give each other are considered separate property in the event of divorce. The most effective way is to use a postnuptial agreement. This is basically a contract the spouses sign while married, and they can use to identify what property will be considered marital and separate. So long as the spouses enter the agreement voluntarily and after full disclosure, a judge will uphold the agreement in the event of divorce.

Why would a married couple want to sign a postnuptial agreement? There are a couple reasons. One situation is if they are already considering divorce. By dividing property themselves, they can take control of who will get what without having to rely on a judge.

Even happily married couples might benefit from a postnuptial agreement. If you have children from a previous marriage, then you can use a postnuptial agreement to ensure that your children receive your estate upon death. It might also be easier for couples to know which assets will be considered separate in the unlikely event of divorce, so that they can sell them easier, for example.

Barbara Flum Stein & Associates has assisted many men and women with property division and other family law disputes for over 30 years. Our Media family lawyers can also draft and negotiate a prenuptial or postnuptial agreement. For more information, call us to set up an initial consultation.