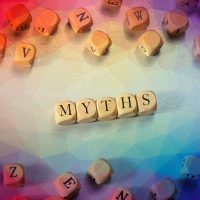 Divorce sounds like a fairly straightforward concept, but the laws that govern the process can become quite complex. Divorce is also a common occurrence today. People about to go through the process likely already know one or two people who have also gone through it, and may receive advice that is well-intentioned, but not always necessarily true. This, along with the way divorce is portrayed in the media, has led to many misconceptions about it.

If you are about to get a divorce, it is critical that you understand the truths behind these myths. Below, our divorce lawyer in Delaware County outlines what these are.

This is perhaps one of the biggest myths about divorce in Delaware County. Many states in the country, such as California, are community property states. This means that marital property is usually divided 50/50. Divorce cases in Pennsylvania though, are subject to equitable distribution. This means that property is divided fairly, which does not always mean it is divided equally.

Many couples think that if they live together but never get married, they have a common law relationship. Going along with this myth is the idea that if the couple breaks up, they will be subject to the same divorce laws. Pennsylvania abolished common law marriages in 2005 and so, couples who cohabitate after this time are no longer considered common law. If a couple started living together before 2005, common law rules may still apply. However, the couple must have actually exchanged vows showing their intent to be married.

Mothers Have an Advantage in Child Custody Matters

Historically, mothers did have an advantage in child custody matters. This was because decades ago, it was mothers who typically stayed home to raise the children while fathers went to work. Due to the fact that mothers were then considered the primary caregiver, that did give them an advantage. Today, that is clearly no longer the case as most households require two incomes. Judges take many factors into consideration when making child custody decisions, but gender is not one of them.

You Do Not Need a Divorce Lawyer in Delaware County

You do not technically need to work with a Delaware County divorce lawyer, but it is always recommended that you do. At Barbara Flum Stein & Associates, our experienced attorney can provide the sound legal advice you need, and ensure your rights are upheld so you have the best chance of a positive outcome. Call us at 610-565-6100 or contact us online to schedule a consultation.