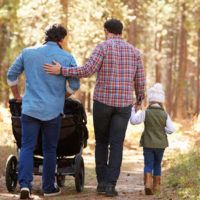 The recognition of same sex marriage in this country has changed the landscape of this institution in America. However, given the newness of this development and gaps in the law, the way same sex couples are treated in the areas of divorce and family law are not necessarily the same as heterosexual spouses. The area of child custody is particularly murky on this point, and in many instances, it is not entirely clear what rights the non-biological parent in a same sex marriage would have in child custody matters. Pennsylvania law recognizes the parental rights of the woman who gives birth to the child and her spouse. Presumably, this would mean the other woman would receive this same classification and resultant rights as a parent. In reality, it does not always work this way, especially if the child predated the marriage due to earlier legal restrictions on same sex marriage. A recent decision by a three-judge panel of the Superior Court highlights how complex this area is. In this case, the couple never married, but the same analysis is often applied to same sex couples who do marry. The court determined the non-biological mother met her burden of establishing shared custody was in the child’s best interests by showing a long-standing informal arrangement to share responsibility for the child that lasted well after the relationship ended.

Beginning in 2016, Pennsylvania directed hospitals to list both parents on the birth certificate for female same sex couples. Using the presumption applied to heterosexual spouses that the husband is considered the child’s legal parent, the same rule would presumably apply to same sex spouses. However, courts do not necessarily view it in this way. The distinction that could be made is that the man is more likely than not biologically related to the child, while the same sex partner would not have that connection. Thus, even married same sex spouses need to take steps to secure their place in the child’s life. Courts may examine child custody issues in light of the non-biological parent’s role as in loco parentis. Basically, the spouse seeking custody rights would need to prove that there was an agreement that he/she would have shared responsibility over the child and evidence the parent was consistently and materially involved in the child’s daily life for a period of time. The best interests of the child will determine if continued contact is supported, and the non-biological parent’s rights are far from secure under these circumstances.

As noted above, formalizing a custody agreement and gathering evidence of significant involvement in the child’s life are crucial. However, the best way to guarantee a continued right to be in the child’s life is to seek adoption. This should be done as soon after the child is born as possible, as adoption with parental consent is relatively easy and quick. Without this official recognition, the non-biological parent is on shaky legal ground and could receive no rights to see the child or make decisions on his/her behalf. Working with a family law attorney is the best way to secure the most expansive set of child custody rights available.

Your desire to be in your child’s life does not diminish simply because the relationship with the other parent ends. If you are unsure about your parental rights, contact a Pennsylvania family law attorney as soon as possible. These cases can be complex, and bringing in an attorney at the earliest possible point will give a much better chance at success. The Media child custody attorneys at the office of Barbara Flum Stein & Associates understand the urgency of these situations, and will fight to get you the parental recognition you deserve. Contact the Delaware County family law firm for a consultation.