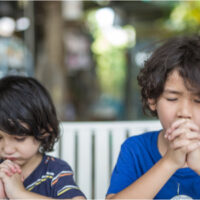 The number of interfaith marriages continues to rise. According to Pew Research, almost 40% of marriages between 2010 and 2014 were interfaith, a dramatic increase from decades prior. At the same time, many Americans no longer profess any religious faith though they might marry someone who is devout. Given these circumstances, it is not unusual for religious differences to erupt after a couple divorces.

If you have children, you might be interested in keeping their ties to your faith tradition. Alternatively, you might prefer that your children not be introduced to any religion but be allowed to pick their own (if any) when they are adults. Religious disputes can be stark, but fortunately a Media child custody attorney can help squabbling parents work through their differences.

Many disputes break out because parenting plans lack sufficient detail. Some parents wrongly assume that the religious status quo will be maintained after divorce, e.g., their child was attending Catholic school before the divorce and they assume he will continue at the school after.

Negotiating an acceptable parenting plan is a key part of any divorce. You should work with a Delaware County divorce lawyer for assistance.

In one important case, the Pennsylvania Supreme Court stated that a parent can “pursue whatever course of religious indoctrination” they see fit when they have custody or visitation. The objecting parent must establish a substantial risk of harm for the court to intervene. However, this rule was established in the context of one parent taking a child to synagogue. It will be less helpful in other situations.

For example, when it comes to religious schooling, some decision must be reached since the child will be in school for most of the year. Dad can’t enroll the child in one school only for Mom to take him out. If the court gives decision-making authority to one parent, this parent will decide. Otherwise, the parents will need to mediate a dispute or end up in front of a judge.

It is one thing to introduce children to your religious beliefs, but it is quite another to try and indoctrinate your child into accepting what you believe without question. The reality is that people often test their religious beliefs throughout life, and religious upbringing doesn’t always “stick” once the child leaves home. One way parents can minimize arguments between themselves is to empower their children to decide religious attendance as they see fit. Admittedly, this might be hard for a very young child, but he or she can take the lead on their preferred level of involvement when they reach puberty.

Work with an Experienced Divorce Lawyer

Barbara Flum Stein & Associates is committed to helping our clients resolve disputes during divorce proceedings and after. For help with your case, please contact us today to schedule an initial consultation with one of our Media child custody attorneys.