Can You Get Legally Separated In Pennsylvania? 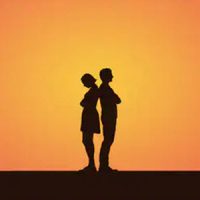 Couples have many reasons for getting legally separated in lieu of getting an actual divorce. Some want to do so for religious reasons, others want to continue on as a beneficiary on their partner’s health insurance. Still other couples just want time to decide if they want to live as a single person and end their marriage. In these cases, people may consider a legal separation instead of divorce.

Unfortunately, this is not an option in Pennsylvania. The Commonwealth does not recognize legal separations and so, while a couple can live separately, they will still face the same issues as in divorce. For example, a couple that has children together will have to work out child custody issues. To resolve these issues, couples should draft an agreement that can outline the different terms of the separation.

What are Separation Agreements?

Separation agreements are legally binding contracts that couples must comply with if they separate. Couples can negotiate the different terms of the agreement, such as spousal support, property division, and child custody issues. Once the two parties have come to an agreement on those issues, the agreement is then drafted and signed by each spouse.

Unlike in states that recognize legal separation, such as California, in Pennsylvania, a separation agreement is merely a contract. That means it does not have to be submitted to a judge for approval. However, if either party violates the agreement, that is a matter that could end up in court.

It is common for one spouse to remain in the home while the other leaves during separation. When this is the case, the spouse that leaves often wants to take certain possessions with them. A separation agreement should outline the agreement that one spouse would remain in the home, and that the spouse that left took the assets on a temporary basis. The agreement should also outline that taking of possessions has no bearing on future property division hearings.

Alimony, also known as spousal support, is not always appropriate when two spouses separate. Still, if one spouse has a much lower income, or no income, spousal support is sometimes necessary during the separation.

Under the law, parents in Pennsylvania are expected to provide for their children financially, and provide health insurance. State law also outlines very clear guidelines for child support. A separation agreement should outline the amount of child support to be paid, and the amount should comply with the state guidelines.

Parents have the right to see their child, even if they are not living in the home with them. Separation agreements should outline child custody arrangements that are in the best interests of the child.

Our Family Lawyer in Media Can Draft Your Separation Agreement

A separation is different from a divorce, but that does not mean you should not outline an agreement regarding different terms. At Barbara Flum Stein & Associates, our Media family lawyer can draft a legally binding agreement that protects your rights and the best interests of your family. Call us today at 610-565-6100 or contact us online to schedule a consultation.