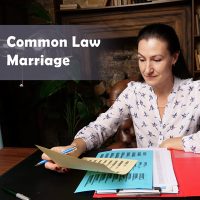 For many people, marriage is a beautiful thing that allows two people to spend the rest of their lives together. Still, this arrangement is not for everyone. Sometimes, a couple wants to live together as a married couple without getting a marriage license or having an official ceremony. When this is the case, the couple is sometimes thought to have a common law marriage. These relationships are some of the most misunderstood in the Commonwealth. Below, our family lawyer in Media explains the law in Pennsylvania governing common law marriages, and how you can protect your rights.

Still, even when the law was in effect, there were certain requirements couples had to meet before they were considered common law. Each person in the common law marriage must be legally eligible to marry in the state, and they must have present intent to marry the other person. Present intent is very important. It means that the couple must not only be willing to marry each other at some point in the future, but they must be willing to marry the other person when they enter into the common law marriage.

A Cohabitation Agreement Can Protect Your Rights

Too many people do not consider the rights they may be giving up if they enter into what could have been considered a common law marriage before January 2, 2005. If a couple that only lives together without being married breaks up, they do not have the same rights as a married couple that gets a divorce.

For example, a couple that only lives together may purchase a vehicle together for either party to use. If the couple then breaks up, the vehicle is not considered marital property and a person that is not named as the owner will have no right to the vehicle, or any other property to compensate for the loss of their share.

When a cohabitation agreement is drafted properly, couples can have just as many rights as those who are married in the event that they break up.

Our Family Lawyer in Media Can Draft Your Agreement

Even though the law in Pennsylvania does not recognize common law marriages as being legal, that does not mean there are no options that can help you protect your rights. At Barbara Flum Stein & Associates, our Media family lawyer can draft an agreement that will protect your rights now and in the future. Call us today at 610-565-6100 or contact us online to schedule a consultation.