Allowing Parents To See The Children After A Divorce 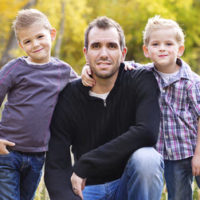 A parent’s relationship with his or her child is generally encouraged in divorce proceedings. The courts try and ensure that both parents will have continuing contact with the children, for example through shared or partial custody of the child, unless continued contact between the child and the parent would not be in the best interest of the child.

Even when a court grants a parent access to the children it is not always easy to enforce the order if the reason the parent is not getting to see the children is that the children do not want to see that parent. Children may refuse to visit a parent for many different reasons. Whatever the reason, the custodial parent should assess the situation and work with the other parent if possible to encourage contact. If the child expresses a legitimate fear of mental, emotional, or physical harm from visiting a parent, the other parent should consider going back to court to seek an order limiting the detrimental contact with a parent.

In some cases where a child refuses to visit or spend time with a parent, it may be attributed to the other parent’s attitude. A parent may be accused of parental alienation if he or she continuously tries to discourage a positive relationship between the child and the other parent. In cases of parental alienation, the court may make changes to the custody order to allow the non-alienating parent more time with the children.

If you are in a situation where the court awarded you partial or shared custody of your children, or otherwise awarded you time to see your children and you are being denied access to your children by the other parent, you can seek legal recourse from the courts. Additionally, if your child’s parent is not paying court ordered child support, you have various actions you can take to ensure that the child support is paid. For more information on how we can help you with your child support and child custody issues, contact us at Barbara Flum Stein & Associates serving Delaware County in all family law matters to schedule a consultation.