Wedding Rings: Are They Marital Or Separate Property? 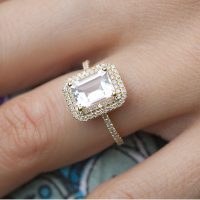 It is fairly obvious that some assets are marital property, such as the family home. Others though, are not as easy to classify. Engagement rings and wedding rings are very sentimental pieces of property, even when the marriage did not last. People often want to keep them after divorce, but are unsure of whether that will happen. Below, our Media property division lawyer advises who keeps the wedding rings after divorce.

Marital Property and Gifts in Media

Wedding and engagement rings are usually considered gifts given to spouses and soon-to-be spouses. Generally speaking, any spousal gift received during the marriage is usually considered marital property. There are some exceptions to this, such as inheritances, but they are limited. When one spouse purchases a gift to give to their partner, they generally use marital funds to make the purchase. Under the equitable distribution laws of the state, any assets purchased with marital funds are considered marital property.

Determining what will happen to the engagement rings is even more complex, as it is largely left to the discretion of the court. Unlike wedding rings, jewelry signifying an engagement are considered conditional gifts. This is due to the fact that they represent a promise to marry and that promise cannot be fulfilled until the wedding has taken place. When viewed in this manner, an engagement ring is considered marital property because it was acquired after the marriage.

Other courts still have deemed engagement rings to be separate property. This is because the gift is given prior to the wedding, often several months or even years before. As such, these courts deem that the person who currently wears the ring can keep it.

Engagement and wedding rings are just two types of assets that significantly complicate property division issues. If you are about to go through a divorce, or the process has already started, our Media property division lawyer at Barbara Flum Stein & Associates can advise on the distribution of your assets and help you secure the full and fair settlement you are entitled to. Call us now at 610-565-6100 or contact us online to schedule a consultation.