Childhood Trauma Linked To Adult Substance Abuse, According To Study 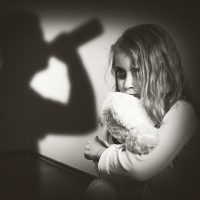 The study is obviously attempting to draw a link between childhood trauma and substance abuse later in life. The study sampled 402 adults from the Ohio area.

The subjects were given a questionnaire that asked them several questions. Particularly, they were asked if they experienced any of ten potential childhood traumas. The traumas ranged anywhere from sexual abuse on the extreme end to divorce on the other end. The average score on the questionnaire was much higher than the general population. Those surveyed had an average score of 4.2. Research suggests that those with scores above 4.0 are at increased risk of substance abuse and other mental health disorders. They are also more likely to end their own lives or even get heart disease. Only about 16% of those surveyed have scores above 4.0. Those in the child welfare system average above 4.0.

Children up to 18 were also surveyed as a part of this study. Older children had an average score of 5.6 which was 27% higher than children in the juvenile justice system. Of those who were in the lowest age bracket of 5 and under, 90% had reported two or more traumatic experiences.

In the court’s view, it may be terribly sad that a parent has lived such a difficult life and now is battling drug addiction, but the children are more likely to be neglected or abused in a house where there is drug abuse. While the courts still may want to sympathize with a parent who is fighting for custody, they won’t endanger the children by putting them in a home where it is more likely that they will be traumatized.

If you’re contemplating divorce in the near future, your best move is to discuss your options with an experienced Media divorce attorney as soon as possible. Barbara Flum Stein & Associates have years of expertise representing divorcing spouses. Call today to schedule an appointment and we can begin discussing your options.